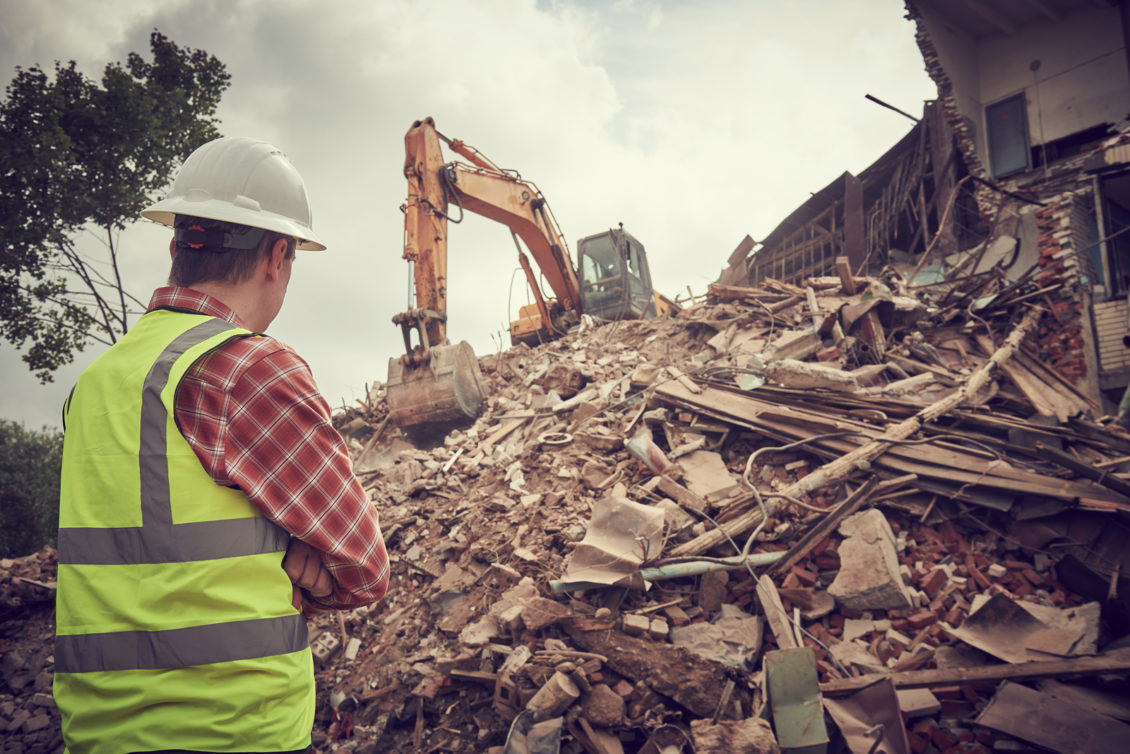 A demolition project in the UK claims that it has achieved a recycling rate of over 90 per cent, salvaging materials and reusing certain elements to help make the site ready for redevelopment.

Construction & Demolition Recycling reported on the work carried out by Hughes & Salvidge on a 54-acre site in Hampshire that once housed a synthetic rubber factory.

The firm revealed that it’s “the first demolition company to achieve the Carbon Trust Standard for Carbon Reduction”.

There were many elements to the project, including asbestos removal, getting rid of all the process and storage equipment left on-site, demolishing all buildings and structural steel, removing all the wiring and piping, as well as cleaning, removing and disposing of all the tanks on the site.

To ensure that they were able to recycle as much material as possible, the company split the site into different zones. It then assigned different dismantling and decommissioning ‘gangs’ to each zone.

By taking a methodical approach to demolishing the old factory, much of the usable material was recycled. The company pointed out that the better than 90 per cent recycling rate was achieved despite the amount of asbestos and rubber that needed to be removed from the former factory.

According to the news provider, 16,500 metric tons of metal was taken for recycling, while the company took an innovative approach to disposing of the waste concrete.

Using an on-site concrete crusher, this material was crushed and used as backfill at the site, bringing with it a host of benefits.

“Crushing on-site reduced pollution by minimising truck traffic to and from the site; it kept concrete debris out of landfill; and it reduced the aggregate needed to be brought in by providing a ready-made base material for future development,” the news provider explained.

What’s more, there were a number of environmental risks with the demolition work, in part due to the fact that the site had been used for synthetic rubber manufacturing, as well as due to its location near marshland and the Southampton Water tidal estuary.

As a result, the firm had to put in place a number of environmental control measures, including setting up a safe containment area for any hazardous materials to ensure they did not contaminate local waterways, and deconstructing buildings in sequence.

Demolishing buildings, and particularly those that have been used for industrial purposes, is much more complex than many people imagine. A growing number of firms are likely to be looking for ways to recycle more materials from sites such as this too, given the growing focus on our environmental impact.

One demolition project that’s set to get underway this month and that could be aiming for a similar kind of success with recycling materials is the demolition of the Ruston Factory in Lincoln.

Lincolnshire Live shared a video of the inside of the factories, explaining that this was once where biplanes were built during the First World War. Since then the space has been used to manufacture locomotives and car engines.

If you’re looking for demolition contractors in Yorkshire, contact us today to find out more about our services.