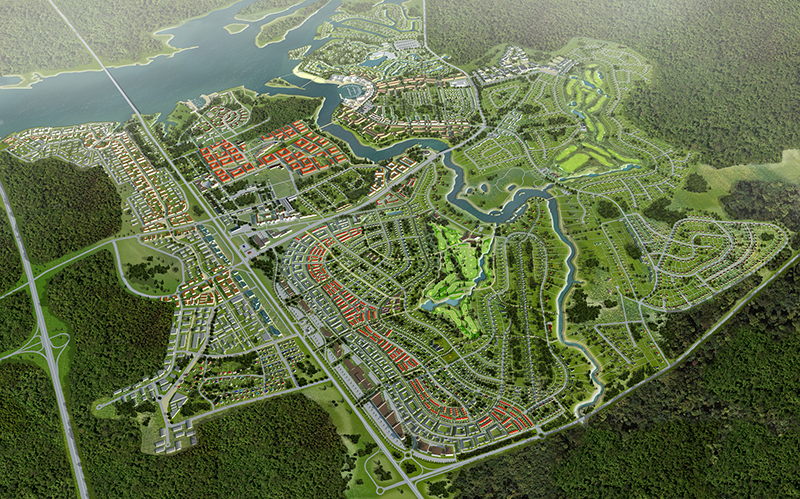 The price of development land for properties around the UK is on the rise, with new research from Knight Frank showing that average greenfield development prices climbed by 2.1 per cent in the second quarter of this year, which takes the yearly growth to 4.6 per cent.

This is the biggest rise since the second quarter of 2014, the residential development land index shows, also revealing that urban brownfield development land prices were up 0.4 per cent, remaining static on the previous quarter and taking annual growth to 5.5 per cent, Property Wire reports.

Analysis of the index shows that growth has been driven by markets in the south-west and the Midlands, with further research from the company showing that developers now see these areas as places of opportunity for development within the next three years.

However, it was also found that while development land prices are on the rise in some parts of the country, they appear to be dipping in certain parts of London. Prices for prime central London development land dropped by 1.4 per cent in the second quarter of 2018, a dip of 3.5 per cent on an annual basis.

Head of residential development land at Knight Frank Justin Gaze explained that timing has a big part to play in this particular market, with sites that could potentially benefit from the Help to Buy scheme and which can be delivered up to the year 2021 proving to be most attractive at the moment.

“Beyond this timeframe, policy uncertainty is causing a level of hesitance. At the same time, demand in regional cities, especially where land prices are coming from a low base, is also picking up. However, the cost of materials and labour continues to weigh on pricing in all parts of the market,” he went on to say.

The latest IHS Markit/CIPS UK Construction Purchasing Managers’ Index shows that overall construction output has seen the fastest rise since May last year, with house building the best performing category of all construction activity in July.

Commercial work was also seen to pick up at the quickest pace for just over two and a half years, while civil engineering work increased moderately. Firms in the construction industry noted that growth was being held back in the civil engineering subsector by a lack of work coming in to replace completed projects.

Associate director at IHS Markit and author of the report Tim Moore explained, however, that construction companies in the UK did see “substantial cost pressures” last month, which were being driven by higher prices for steel-intensive products and climbing fuel bills.

And supply chains have had difficulty in keeping up with increased demand for construction materials and products, which led to the biggest lengthening of delivery times since July last year.

Are you looking for construction companies in Yorkshire? Get in touch with us here at F&H Construction if so.