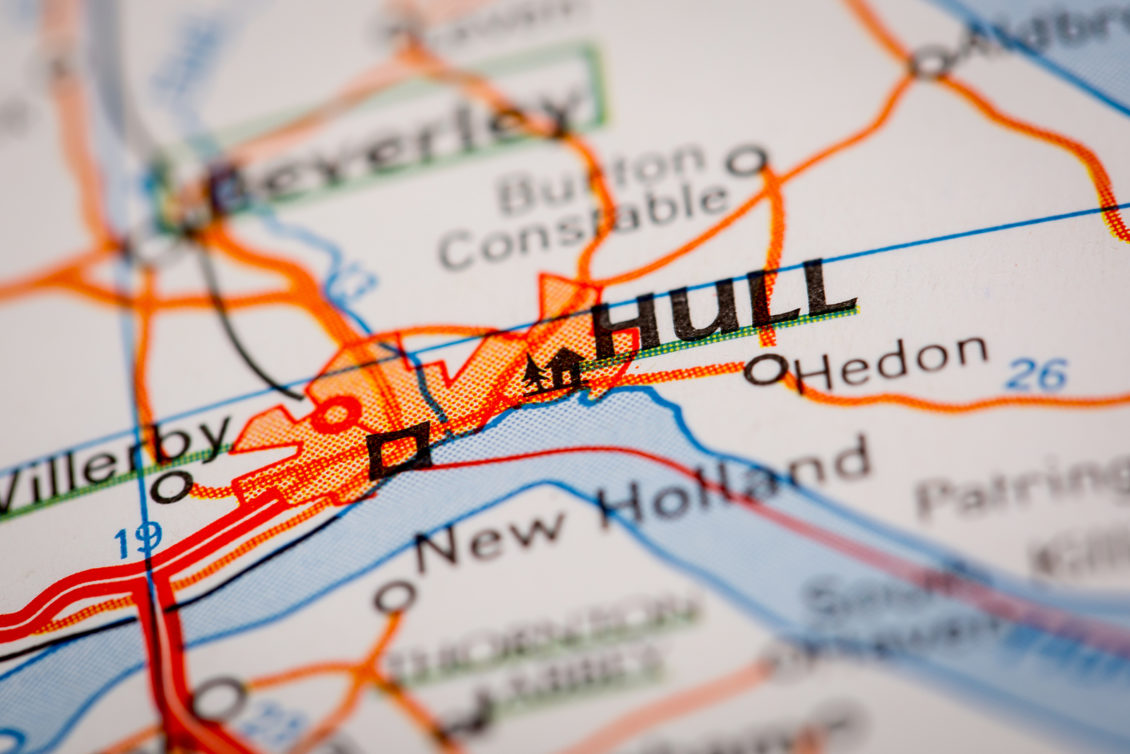 You might well have already heard that Hull City Council has plans in place for a £130 million mixed-use development in Albion Square, which will include residential and retail units, and a new ice arena, as well as office space, a public square and a multi-storey car park.

According to the Building website, the local authority will start looking for contractors from the beginning of next year, but before they do they may have a few hardy campaigners to deal with first.

Groups have come together to do their best to save two well-documented artworks by the late Alan Boyson, a fish-themed mosaic and the iconic Three Ships, and now it’s just been discovered that there may well be in fact a third design in the Skyline ballroom, a decorative tiled mural.

However, it’s not certain that the artwork has survived, found on the top floor of the old Co-op back when it first opened its doors in 1963.

He was quoted by the news source as saying: “Similar sponge print work was done for new buildings in Salford, Walsall and Wolverhampton but they are all either lost or severely damaged … This installation was of a coherent design and if any significant part of it survives, it will be the most complete sponge print tile work of Boyson’s.”

The council has owned the development plot since 2017, when it spent £2.8 million on the Edwin Davis and Co-op buildings. The winning contractor will be responsible for transplanting the Three Ships glass mosaic (thought to be the biggest in Britain) onto the front of the new development.

The mural itself shows three fishing trawlers and has been on the site since 1963. Some backlash was received from locals worried about the fate of the mural and although the council has incorporated it into its Albion Square plans, it’s not yet certain as to whether it can be transferred or not.

Garry Taylor, the council’s city manager for major projects and infrastructure, explained that everyone is desperate to keep the mural if possible, but it’s not yet known if it can be moved successfully. He did note just how important this iconic piece is to the people of Hull, so no doubt all efforts will be made to ensure its survival.

The Hull Heritage Action Group recently launched a petition to see the mosaics given Grade 2 listed status, with 5,200 signatures and counting already. As the group observes, the city has lost so many of its architectural landmarks already that it’s time to show Historic England how strongly the locals feel that the city centre must preserve these mosaics for the future of Hull.

Looking for civil engineering companies in Hull? Get in touch with us today.