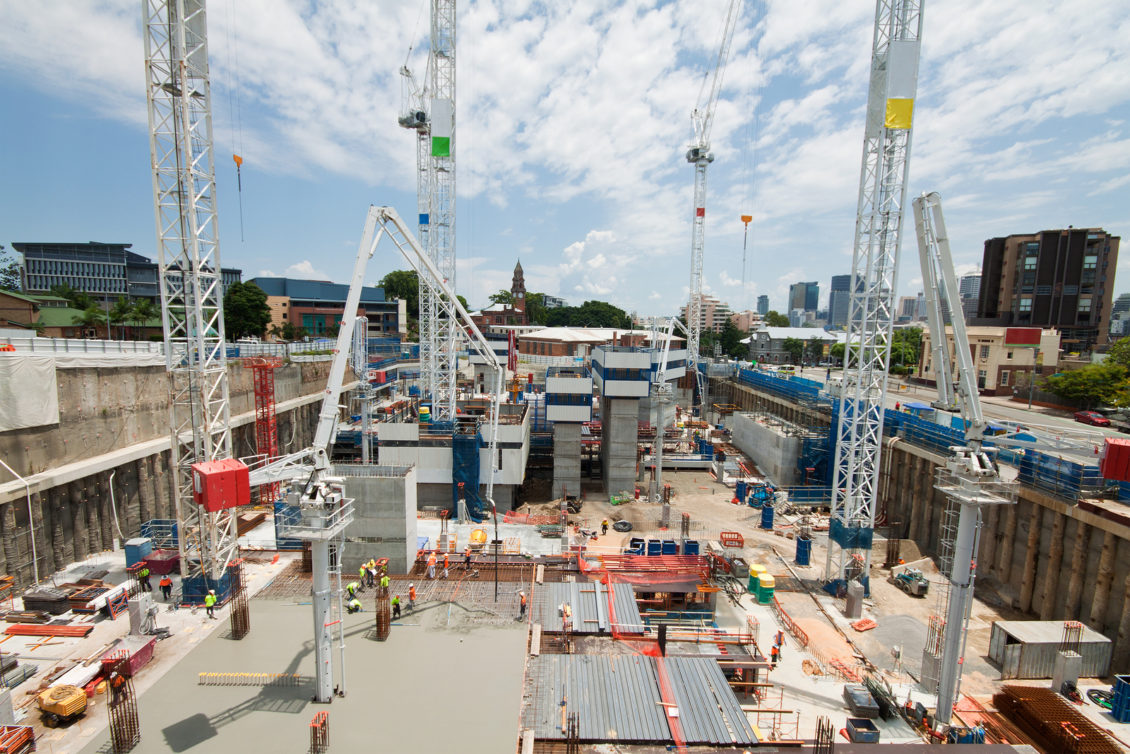 The UK construction industry and the government have been called on to take action now if they are to hit the 2050 zero carbon target, with a new report warning that the sector needs to be transformed within a generation or it will have failed the country – and the government will not meet its zero carbon ambitions.

The Transforming Construction for a Low Carbon Future white paper, published by the National Federation of Builders’ (NFB’s) Major Contractors Group, explains that the sector directly influences 47 per cent of UK carbon emissions and 61 per cent of the nation’s waste… and, as such, it represents a critical part of the radical changes that are required.

If operations continue as they are, it will be impossible to meet the target of net zero emissions of global warming gases by the year 2050 and a step-change is now necessary.

Companies willing to commit to changing their businesses within a generation (generally considered to be around 30 years) will be in a position to be prosperous in a new landscape full of new approaches and new markets, the report continued.

Chairman of the NFB Nick Sangwin spoke at the launch of the publication, saying: “This report is not a document to sit on shelves gathering dust, it is designed to galvanise the sector into action, to see the opportunities and to lead the way towards zero carbon by 2050. It is critical that those within the construction sector are stepping forward and implementing a real step-change in the way they do business.”

And chair of the NFB’s Major Contractors Group Mark Wakeford made further comments, saying that it might well seem as though 2050 is a long way off but in reality this isn’t much time to drive radical change across the industry – which is why action must be taken now and why the government must pave the way and “make this a firm priority post-election”.

He added that any company still working as they do now will be lucky to still be in business in 20 years’ time. “There are no excuses: government, contractors, the supply chain, manufacturers, designers and the trades must all embrace the challenge now, as highlighted in our recommendations,” Mr Wakeford continued.

The report goes on to observe that public opinion is now firmly in favour of reducing carbon, with 74 per cent of people recently surveyed by the Department for Business, Energy and Industrial Strategy saying that they were either fairly or very concerned about climate change.

What this means for the construction industry is that there is now heightened awareness around the impact that some key materials and processes have – and the spotlight is now on the sector, with the likes of Extinction Rebellion and Friends of the Earth campaigning against issues such as harmful infrastructure projects and dirty fuel, and blocking concrete work.

Those in the sector were reminded that many young employees are very focused on sustainability and, as a result, they’re asking more of their employers with regards to ethics and contributing to society than previous generations did.

Businesses were advised to work out what steps they can take to help support their environment – and it certainly seems that if green initiatives are carefully considered, they can actually save money.

It was concluded that the industry has to change quickly if it’s to help deliver zero emissions by the year 2050 and if it is to stay relevant to its customers. A collaborative approach to construction was suggested in order to help the industry, main contractors and clients meet their responsibilities and ensure that the whole supply chain acts as one in order to achieve the desired outcomes.

The government also has its part to play and a bold and ambitious vision is required, one that is “allied to a detailed and realistic roadmap to realising that vision and the regulatory landscape to facilitate it” – otherwise none of this will be achieved.

In terms of action that can be taken, the Committee on Climate Change recently identified the UK’s existing housing stock as an area that could be significantly improved upon.

When it comes to building new properties, materials and fittings low in embodied carbon should be selected, ones with low energy and water use during the manufacturing process.

Energy generation is also something that needs to be minimised, without solid fuels, gas or oil and instead coming from self-generated means or carbon-free energy from the grid.

Luckily, there is a lot of technology out there that can be used to reduce our homes’ carbon emissions, such as air source and ground source heat pumps, solar PV for electricity generation, solar thermal and district heating, the latter of which can drive significant carbon savings through a shared resource.

Timber framing could also be used more extensively, given a recent report from Bangor University revealing that properties made in this way provide a 20 per cent reduction in CO2 compared to traditional build. This rose to 60 per cent for cross laminated timber in comparison to concrete buildings.

The use of timber is increasing in the UK, with Structural Timber Association figures showing that these systems made up a quarter of all housing starts in 2016, a rise of nearly nine per cent on the year before. This compares to the 3.6 per cent growth seen in non-timber frame systems.

Brick and block could also potentially be replaced by rammed earth or cork walls, which will do a lot to reduce the embodied carbon of a property.

In the foreword to the report, Mr Wakeford said: “There is no time to lose to tackle climate change; the War on Carbon must be fought. There must be an equal level of urgency in the industry to open our eyes to the challenges and opportunities ahead. In less than a generation, building and construction will have changed beyond all recognition. Anyone not preparing for this right now faces extinction.”

Are you looking for construction companies in Yorkshire? Get in touch with F&H Construction today.