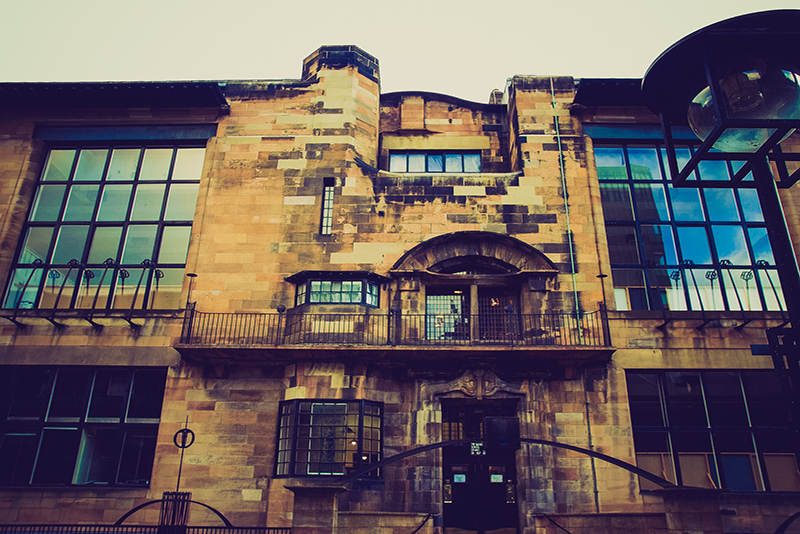 The sad story of the Glasgow School of Art (GSA) continues, with news coming from the organisation that demolition work has now begun on site.

In 2014, a small fire broke out in the Mackintosh Building that, according to the Guardian, had been started by flammable gases in a foam canister used in a student project that were ignited by mistake. Old ventilation ducts helped the fire spread into nearby studios and upwards through the building. Not only that but a sprinkler system that had almost been installed was not fully operational at the time.

Sadly for all involved, another fire broke out in the middle of June this year in the same part of the school, just before restoration work was finished on the site after the first fire broke out.

Now, the GSA has announced that work has started on dismantling some of the more dangerous sections of the building, following a methodology developed by expert structural engineers, David Narro Associates (DAN) and GSA contractor Reigart.

The masonry is set to be manually dismantled, with access provided by mobile elevated working platforms and crane hoists. It’s thought the work will take several weeks, with masonry and brickwork to be dismantled in a controlled way. Plainer area of the façade will be lowered into the site for removal later on, wherever possible.

DAN’s Dominic Echlin commented on the announcement, saying: “The primary aim of the initial works is to make the building safe and structurally stable. It is important to understand that our agreed approach is the safest way to dismantle the dangerous elements of the building and, importantly, ensure there is no damage to nearby properties or risk to those working on site.”

While we here at Hull demolition contractors F&H Construction may not be involved in this particular demolition project, we can help you with similar work if required.

We have an excellent reputation in this area, renowned for the quality of our work, innovation and our health and safety standards. We offer a full in-house solution, able to manage all aspects of the process, as well as other jobs associated with the work, including recycling, asbestos removal where necessary, waste disposal, land reclamation and so on.

We were set up towards the end of 2009, very simply as just two men in a van taking on small jobs whenever and wherever. Since then, the company has gone from strength to strength and has now grown to include a team of experienced professionals, using all the tools and equipment at our disposal to ensure that our clients only ever receive the very best service from us.

Our work has taken us all over the UK, even though we’re based in Ryehill just outside Hull. No matter where your job is, know that we can get it done on your behalf – so don’t hesitate to give us a call.