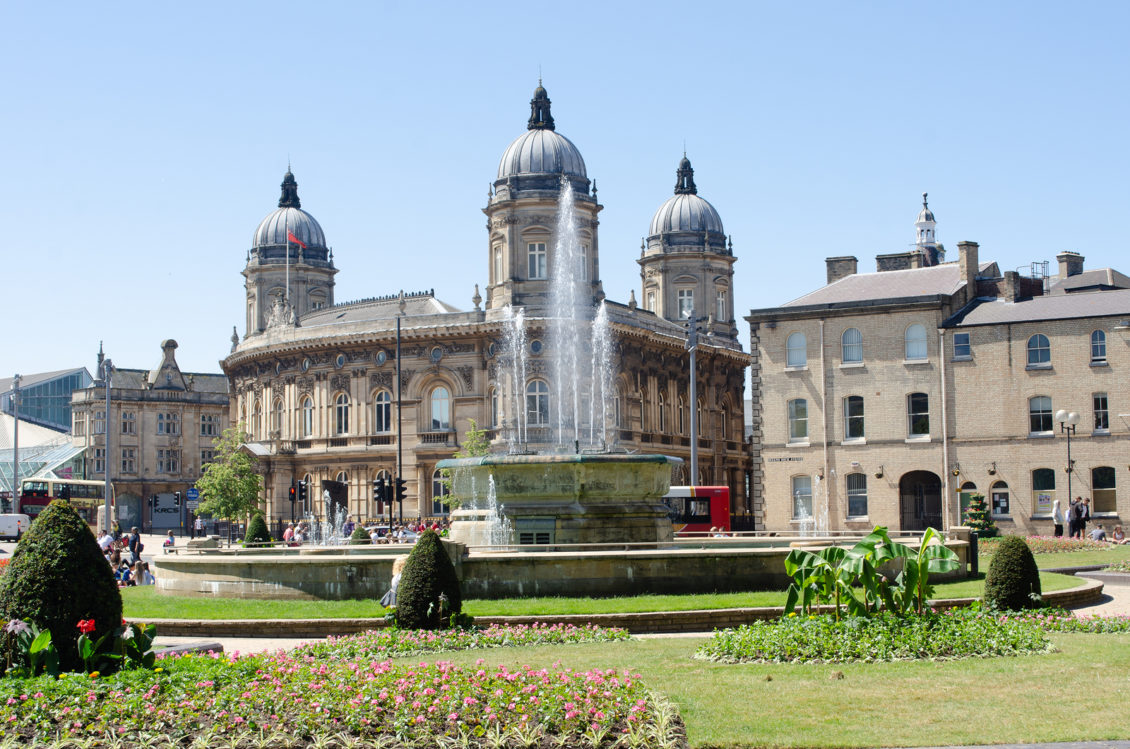 It’s a very exciting time for Hullensians (that’s people from Hull, just in case!) right now… not only was the township named the UK City of Culture 2017, but plans are now in place to redevelop its historic maritime assets, building on the legacy left by the City of Culture campaign.

A Heritage Lottery Fund grant of £15 million has been provided as part of a £27.4 million project that will ensure the preservation of the city’s maritime history, while Hull City Council has also committed £10 million to the project in order to both conserve and promote the heritage assets of the city.

It’s hoped that by regenerating these sites, a new maritime route will be created to guide people right through the heart of the city, leading them from Queen Victoria Square to the River Hull.

So what exactly is going to happen over the next few weeks and months that you can all keep your eyes peeled for as you make your way around the city?

Well, the Arctic Corsair – which is the only survivor of Hull’s distant-water sidewinder trawler fleet – will be fully restored, with a permanent dry berth included ensuring preservation over the long term.

And the Maritime Museum, which we’re sure you’ll agree is one of the most striking buildings to be found anywhere in the city, will have an extra 390 sq/m of museum space opened up to the public, with access allowed to one of its cupolas so you can enjoy some incredible rooftop views. Investment will also be made in the building’s infrastructure, renewing it so as to reveal some of the stunning original architecture.

A travelling roadshow is also set to start, with Trinity Market the first of seven locations across Hull to play host. This will give members of the public the chance to see how the restored Arctic Corsair will look in its permanent home, with the Story So Far exhibition set to go on public display from April 25th.

As of April 25th, the local council is asking for public feedback on the plans to transform the maritime treasures and places in question, so make sure you have your say and make your voice heard.

The Story So Far will take you all the way into the future to the year 2022, which is when the plans will have all come to fruition. You’ll be able to peruse artists and architects’ drawings and computer-generated images to show how the city’s maritime heritage will be protected, preserved and celebrated for years to come.

It’s expected that the project will bring in an extra £2.86 million a year for the local economy while attracting more than 300,000 visitors to the city.

The project itself will take an impressive five years to complete but once done, and all three historic maritime sites and both ships have been refurbished and preserved, visitors will be able to chart a course through the history of Hull, exploring its connections and contributions not just to the UK as a whole but to the entire world.

Hull City Council’s director of regeneration Mark Jones had this to say about the plans: “[They] show the continuing ambition of the council and its partners to cement Hull into a world-class visitor destination by making the most of its remarkable heritage as an international maritime city.

“As with our year as UK City of Culture, our aim is to regenerate our city and to use culture and heritage to boost economic prosperity and improve people’s lives right across the city.

“Over the past year, more than 10,000 people have given their ideas and suggestions on how they would like to see their city’s maritime heritage brought to life for all to enjoy. Now, we’d like everyone in the city to give us their views on the detailed plans and to show their support as we prepare to submit our bid for the funding to ensure this exciting project becomes a reality.”

He went on to say that the legacy from the city’s tenure as City of Culture a few years ago will build on other previous projects like the renovated Ferens Art Gallery, the Hull New Theatre and The Bonus Arena.

Hull’s history as an important maritime trade hub began way back when in the late 12th century when the monks of Meaux were looking for a port from which to export wool from their estates. They settled on a little spot at the junction of the rivers Hull and Humber, built a quay and gave it the name Wyke on Hull.

Fast forward to the late 13th century, Edward I was on the lookout for a port in the north-east of England and successfully acquired Hull, calling it Kingston on Hull in the 1299 Charter. He started work on making the city bigger and built an exchange where goods could be bought and sold by merchants.

Trade in Hull continued to boom as European power structures changed. Trade continued to gather pace in the late 17th century and soon the River Hull found itself unable to cope with the volume of traffic, so new docks were built in the 18th century – which really helped the city prosper thanks to the export of goods from Yorkshire’s manufacturing towns.

It’s not just trade that Hull is famous for, however, and the city also has a hugely rich fishing and maritime past, with many seafaring folk passing through the port throughout its history. In fact, fishermen have been working out of the city since the 16th century and the township also has a strong whaling heritage.

Despite the fact that the Dutch dominated the whaling scene in the late 17th century, Hull was starting to make a name for itself in this regard by the first half of the 18th century.

Subsidies granted by the government, as well as a tax on imported oil and bone, helped the whaling business to grow in England. A blockade during the war with France successfully brought an end to Dutch ambition for whaling by the start of the 19th century and by this time, ships in Hull made up around 40 per cent of the entire British whaling fleet.

Do you need building contractors in Hull at the moment? Get in touch with us today to find out more about what we can do to help.