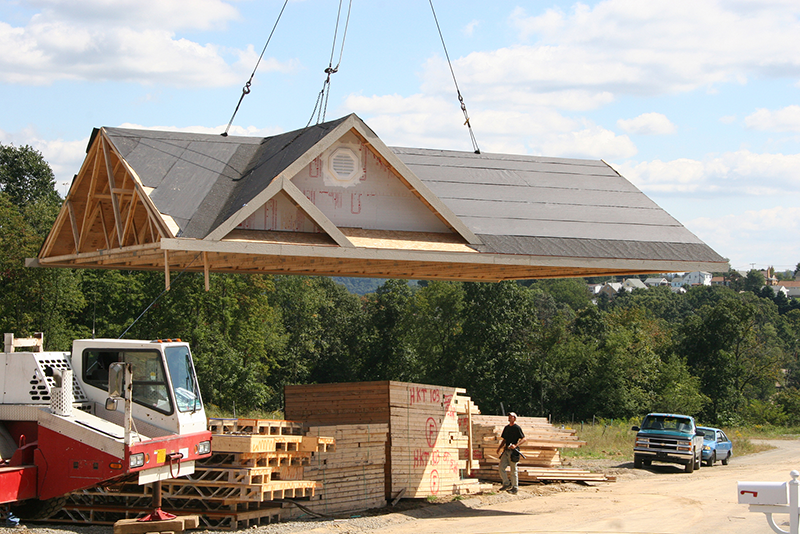 The UK construction industry is still, despite government promises and interventions, failing to find a resolution to the country’s housing crisis… but it’s now been suggested that modular homes could be the answer to solving the housing issue, while boosting productivity and driving innovation in the sector.

Speaking to Raconteur, global industry director for IFS Kenny Ingram explained that using the current housing model means that the country is unable to deliver the infrastructure it requires because there simply isn’t enough capacity.

But the modular homes concept is now gathering momentum, with big industry names like Laing O’Rourke and Mace all now supporting offsite manufacturing.

The benefits of modular homes include reduced labour costs, fewer materials and less time to complete projects, meaning that overall costs are now lower as well.

Mr Ingram went on to observe: “There are lots of cultural barriers to change. The big driver is the housing market and the current crisis. This will force the issue. We are going to have to build more and companies are going to have to release land and land banks to relieve the pressure or build houses on them affordably. There is a sheer weight of demand.”

What is modular housing?

Modular homes are prefabricated, built in sections in a factory – so they’re quicker to build since it doesn’t have to be done outside and there’s no downtime because of adverse weather conditions.

Some homes can take as little as two weeks to build and then it may take up to a month for the pieces to be assembled once they’re transported to the site in question.

Are you looking for construction contractors in the Hull area? Contact us today!