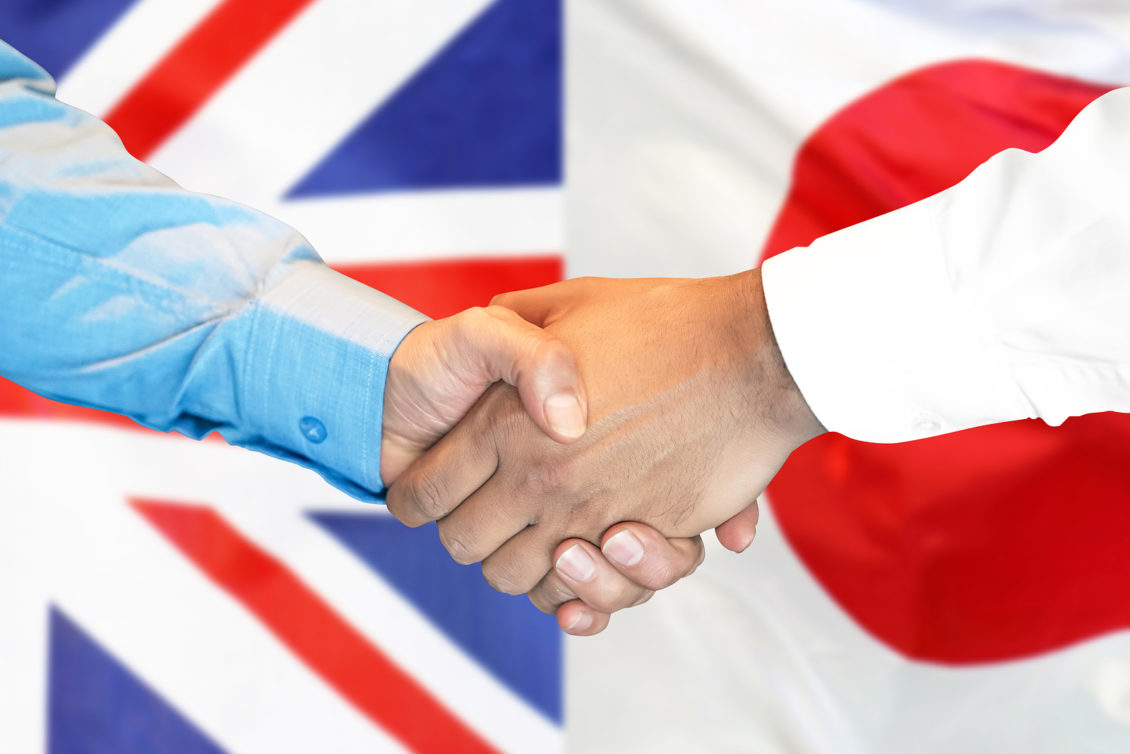 As Japan hosts the Rugby World Cup, the chief executive of Homes England Nick Walkley has been talking about the need for the UK to find partners to help the UK government realise its house building ambitions.

In a speech at the British Embassy in Tokyo earlier this month, Mr Walkley described the current housing crisis in the UK as “one of the biggest domestic challenges facing the country at the moment”.

He also explained that the shortage of new homes being delivered in England has led to inflated house prices and rents, which means a whole generation have been unable to get their foot on the housing ladder, or are certainly finding it very difficult to stump up the often substantial deposits required.

Homes England was only established in 2018 and its remit is to help address this challenge and get the UK’s construction firms – as well as foreign partners – to construct more homes.

Current government targets are for 300,000 new homes each year. Although the pace of house building increased in England last year, only 220,000 new properties were delivered in 2018, falling well short of this target.

But Mr Walkley added that his agency hopes to change this, by channelling some £27 billion into house building in the UK, as well as leveraging investment from the private sector to help boost residential construction.

“As owners of significant amounts of public sector land with land assembly powers we are well placed to act as master developer, substantially reducing the risk of new large scale housing projects for private sector partners,” he asserted.

One of the aims of his speech in Tokyo was to attract more Japanese construction firms to the UK’s market. Sekisui House UK is one Japanese firm that’s already partnering with Homes England to help construct new residential properties.

He also went on to talk about the government’s Build to Rent schemes, which are designed to help diversify the housing market and provide the kinds of homes people need. In addition, he wants to boost the amount of retirement housing being constructed, as this will enable older people downsize and free up more large family homes.

But it’s not just diversity in terms of the types of property being constructed that Mr Walkley and his agency are striving for. They also want to diversify the way in which homes are constructed.

He said that “embracing new technology and new methods of construction is vital to getting homes built at the pace and quality we want to see”.

One of the key challenges to the country’s house building sector is improving productivity and increasing the size of the workforce. This needs to grow by approximately 40 per cent to enable the government to hit its ambitious targets on residential construction.

Modular and offsite construction are among the methods being explored and utilised in new developments to help increase the number of properties being delivered and the speed with which they’re constructed.

An article for Politics Home by Esther McVey, minister for housing and Conservative MP for Tatton, recently stressed the importance of building more of every type of home. Ms McVey stated: “As it stands, we need to be building more of all kinds of houses – council, social and private; houses to rent and buy.”

Ms McVey said that the government needs to encourage construction firms to build, and not just large PLCs.

“We need to open up the market and bring back the small and medium (SME) housebuilders, 30 per cent of which we lost in the financial crash of 2008 and never returned to the sector,” she asserted. She also wants to see people encouraged to build their own homes.

Developing on brownfield sites is another area that the government’s policy should focus on, Ms McVey stressed. She pointed out that these locations offer a great number of advantages, as they are usually less contentious sites for development among the local community, and often provide more affordable forms of housing.

She estimates that one million homes could be delivered if more brownfield sites around the country were opened up for residential development.

Looking at cities and towns to find currently unused spaces that would be suitable for property development is another thing she wants developers to consider. “What about utilising unused space above municipal buildings, libraries, railways and car parks to build modern communities and affordable homes?” she said.

This approach could result in 300,000 new homes in London alone, Ms McVey suggested.

Finally, she suggested that local councils should “pursue more joint ventures with local private builders” to help increase the number of council houses available. Many of these ideas have cross-party support, she added.

However, one stumbling block to house builders being able to hit the targets for new homes set by the government is the country’s planning regulations. The Planner recently reported on a report from the Public Accounts Committee, which said that the “inherent problems at the heart of the planning system” need to be tackled as a matter of urgency.

The publication also pointed out that although some policy changes appear to be making a positive impact, their effect isn’t carrying through to the delivery of new homes.

For instance, the National Planning Policy Framework (NPPF), which was introduced in 2012, saw approvals for new housing developments increase by 50 per cent. However, completions have been nowhere near that level.

Another issue is that there isn’t enough land available for residential development on the scale required, and landowners are often holding onto plots in order to maximise their value when they sell them for development. While this is understandable, it does little to aid the system.

The article was also broadly positive about the future of house building in the UK, even with Brexit looming.

“Despite the uncertainty caused by a post-Brexit landscape, house building will be a busy sector and we want to encourage smaller builders to enter the market over the next few years – and it’s vital that effective and stable planning is in place to facilitate this,” it stated.

A review of the UK’s construction industry so far in 2019 that was published recently by Odgers Interim identified some other challenges facing the sector in the coming months and years. Among them is a shortage of skilled workers.

One of the main policies that’s set to impact – and exacerbate – this skills shortage is the requirement that anyone from overseas who wants to live and work in the UK will need to be earning a minimum of £30,000 a year.

The modular housing sector was highlighted as one of growth though, with the firm noting that this area of work is expanding, and is expected to continue to grow as more construction companies look into using these methods of construction.

New technology is also expected to be introduced to the sector, specifically in areas around the Internet of Things (IoT), automation and artificial intelligence (AI). These technologies can be used to serve several purposes, including improving risk management, reducing costs and making supply chains more efficient, the report suggested.

But it also highlighted Brexit as a limiting factor at present. “Until there is a level of geopolitical certainty on Brexit and the state of parliament, the construction industry is likely to continue in a state of limbo with large-scale construction work put on the back-burner,” it asserted.

If you’re interested in developing new builds and are looking for construction contractors in Hull for your scheme, get in touch with us to find out more about our expertise and services.